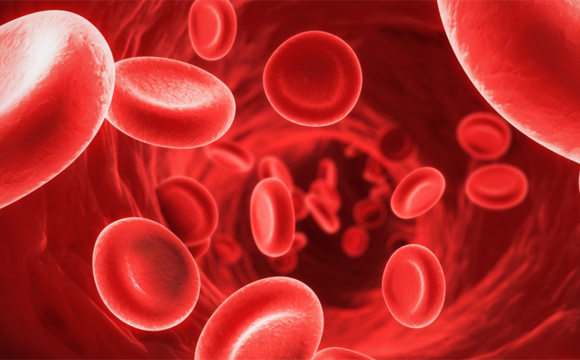 Anemia occurs when the number of ref blood cells circulating in the body increases. It is the most common blood disorder.
It often develops as a result of other health issues that interfere with the body’s production of healthy red blood cells (RBCs) or increase the rate of the breakdown or loss of these cells.

In this article, we explain the types ,symptoms, and causes of anemia, as well as the treatments available.
The most common symptoms of anemia is fatigue other common include :

People with mild anemia may experiences few or no symptoms.

The body needs RBCs to survive. They transport haemoglobin, a complex protein that attaches to iron molecules. These molecules carry oxygen from the lungs to the rest of the body.

There are many types of anemia and no single cause. In some people, it can be difficult to identify what is causing a low RBC count.

Blood loss can be acute and rapid or chronic. Some causes of rapid blood loss include surgery ulcer, childbirth, and trauma.

Chronic blood loss is more often responsible for anemia. It can result from stomach ulcer, cancer or another type or tumor.

Other causes of anemia due to blood loss include :

Bone marrow is soft, spongy tissues at the center of bones, and it plays an essential role in creating RBCs. The marrow produces stem cells, which develop into RBCs, white blood cells.
A number of diseases can affect bone marrow, including leukemia. This is a type of cancer that triggers the production of excessive and abnormal white blood cells, disrupting the production of RBCs.
Problems with bone marrow can cause anemia. Aplastic anemia,for example, occurs when few or no stem cells are present in the marrow.
In some cases , anemia results when RBCs do not grow and mature as usual, as with thalassemia a hereditary form of anemia.
Others types of anemia that occurs due to decreased or impaired RBCs include:

This cause RBCs to be shaped like crescents. they may break down more quickly than healthy RBCs or become lodged in small blood vessels.
This blockage can reduce oxygen levels and cause pain further down in the blood stream.

Involves the body producing too few RBCs due to lck or iron in the body.

Iron deficiency anemia may develop as a result of :

Vitamin B-12 and foliate are both essential for the production of RBCs. If a person does not consume enough of either vitamin. Their RBC count may be low.

Some examples of vitamin deficiency anemia include megalobastic anemia and pernicious anemia.

These cells typically have a life span of 120 days in the bloodstream, but the body may destroy or remove them before they complete their natural life cycle.

One tyoe of anemia that results from the destruction of RBCs is autoimmune haemolytic anemia. It occurs when the immune system mistakes RBCs for a foreign substance and attacks them.

Many factors can cause an excessive breakdown of RBCs, including :

The following foods are high in iron